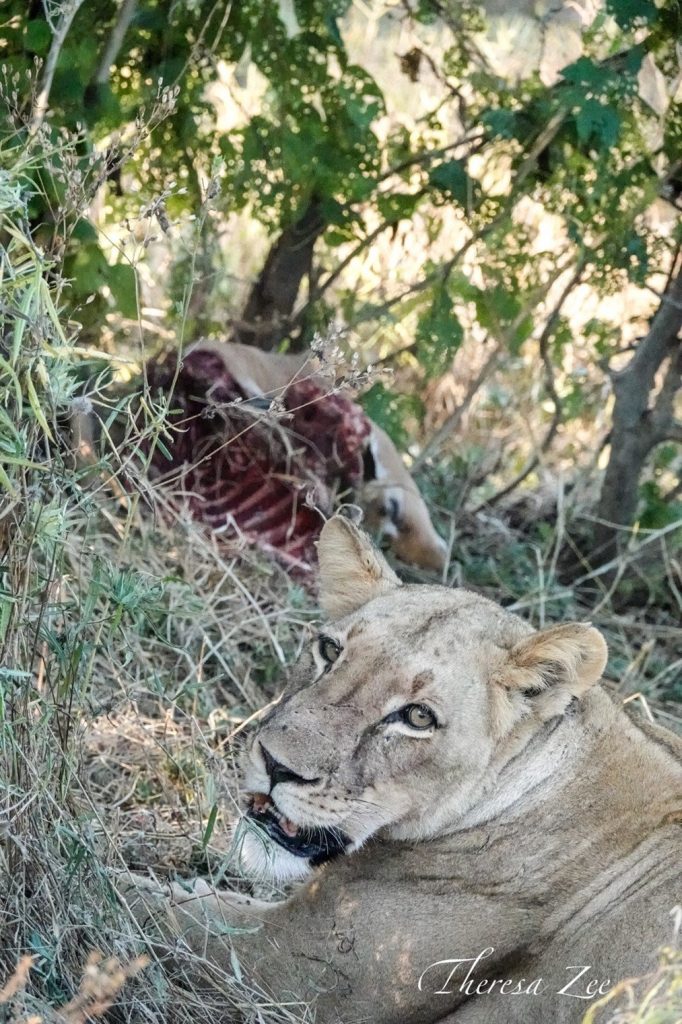 The puzzle pieces come together quickly! A lioness with an impala kill. Theresa Zee.

I jumped in the game viewer and headed down the access road – I needed to reach Nyakasikana Boom gate by sundown to complete my errands for the day, and I was running late. As I neared the Main Mana Road, I saw drag marks across the road, and with other things on my mind – I assumed someone dragging firewood across the road (?!). Fifty metres later I stopped, deciding to investigate further. Reversing towards the drag marks, I had my head down, focusing on the road to avoid any trees. I stopped at the drag marks, and immediately smelt it, closely followed by a tail flick in the corner of my eye. I looked up and saw a set of eyes, looking directly at me. 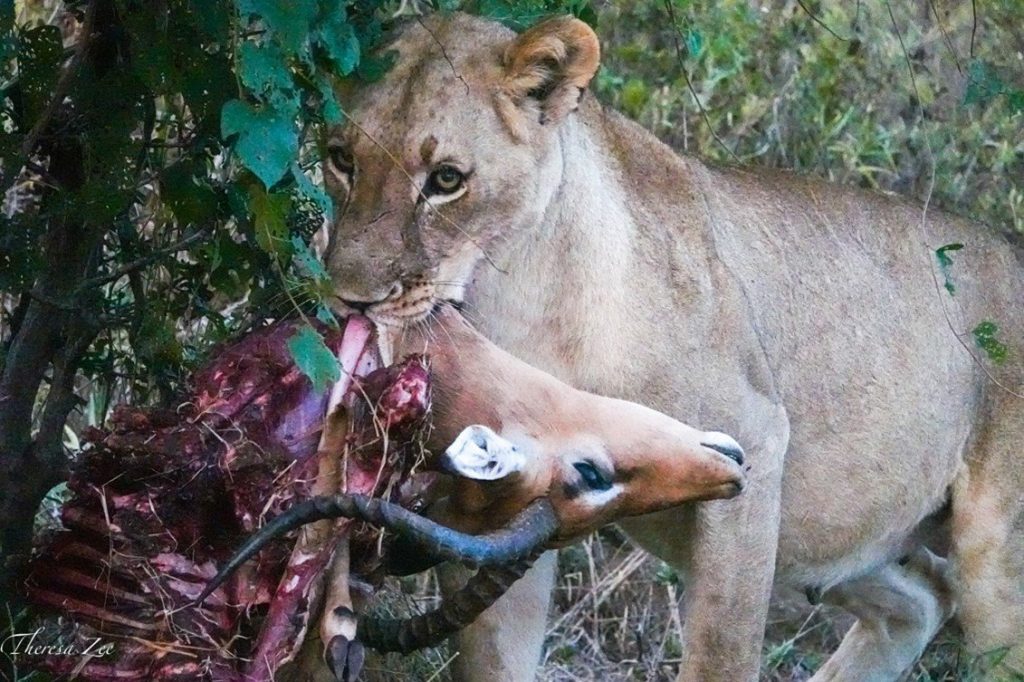 The lioness with her impala kill. Theresa Zee.

Two lionesses had killed an impala, and were tucking into their afternoon feast. One lioness kept the carcass to herself, eating more than her fair share, before walking over and handing the remains to the second lioness who was waiting patiently in the grass.

Our access road seems to be very productive – keep your eyes open on your way in! 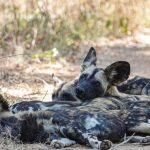 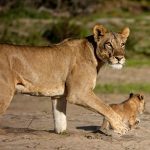 The lions are back in action!Camp News