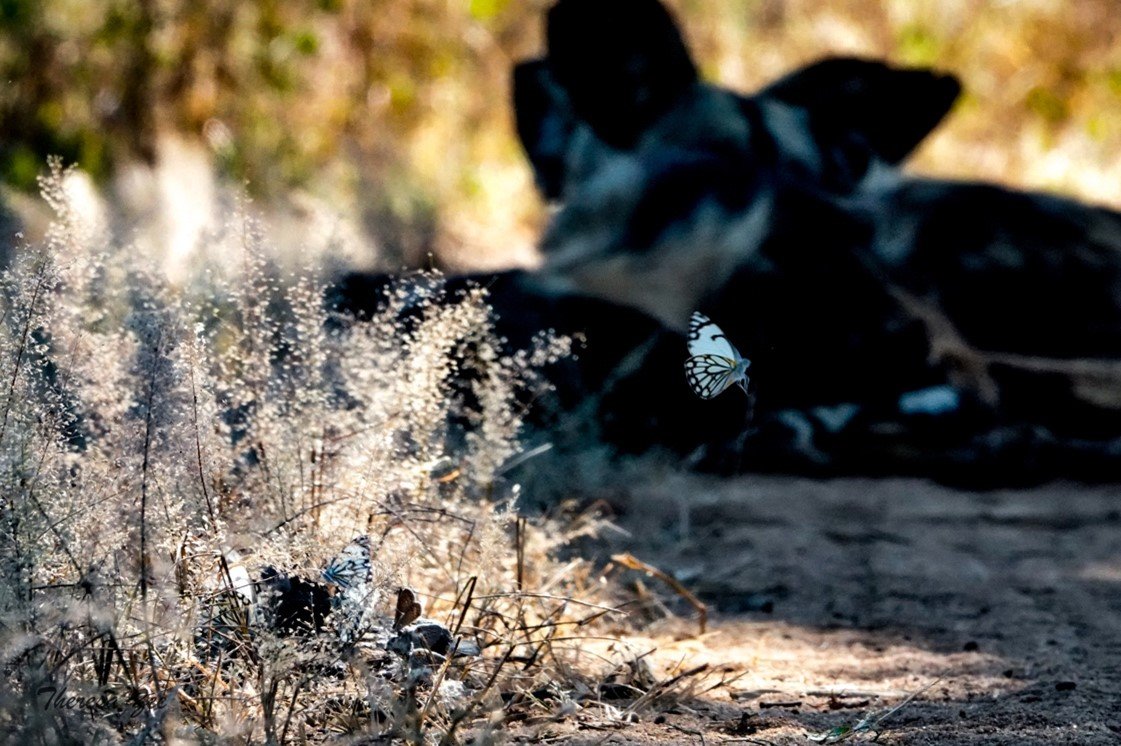 The guests arrived in a cloud of dust with much excitement. They apologised for being late for lunch, and blamed their delay on some Wild Dog. They had seen some Wild Dog on the road into camp, and been sitting with them for a while, watching, observing. We haven’t seen Wild Dog this year, so this was brilliant news.

Once the guests had settled in and eaten lunch, we decided to head up the access road and see if the Wild Dogs were still around. Indeed they were on the road – snoozing. All of them, legs up, lying in the shade of some trees overhanging the road. 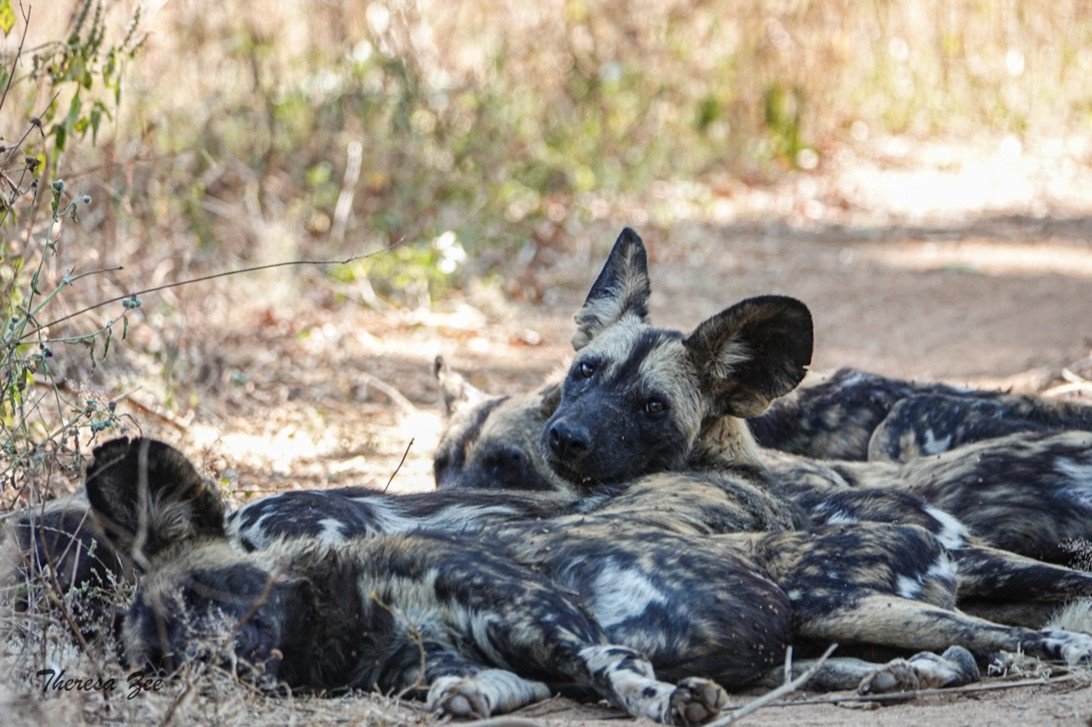 When we first arrived, they were alert, wondering who was disturbing their afternoon siesta, again.

As the minutes passed, they returned to their serious business – napping. We sat with them, immersing ourselves into the environment, feeling the gentle breeze which rustled the autumn leaves. We watched the butterflies passing by, and, every now and again we got some ‘action’ – a wild dog moving to a shadier spot as the sun emerged through dappled shade. 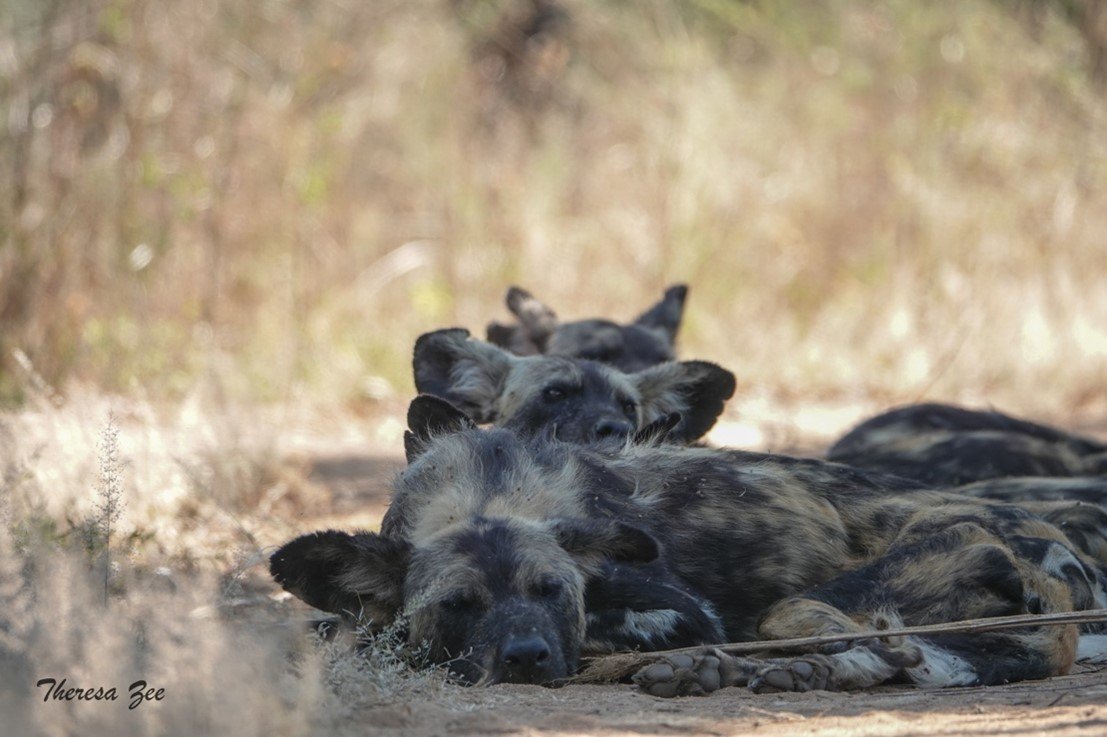 We decided to take a page out of their book and return to our afternoon siesta, and return back later. 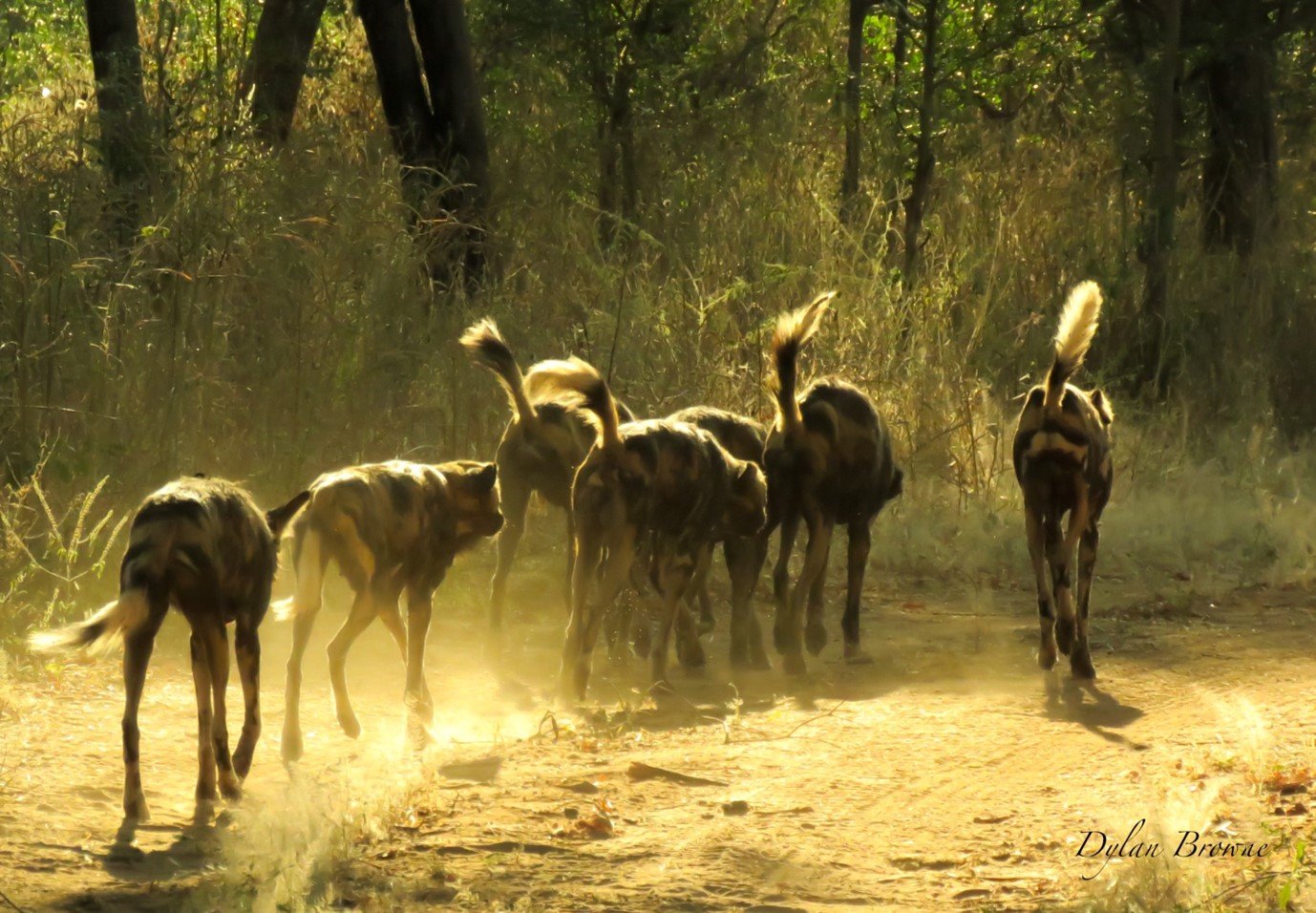 Later that afternoon, we returned to the same spot, to find them – napping. As the sun began to go down, one by one they all started to rise, their tails wagging as the dogs began to get excited. As they moved down the road, we watched them as they began to psych themselves up for their evening hunt, and eventually disappear into the thick bush. 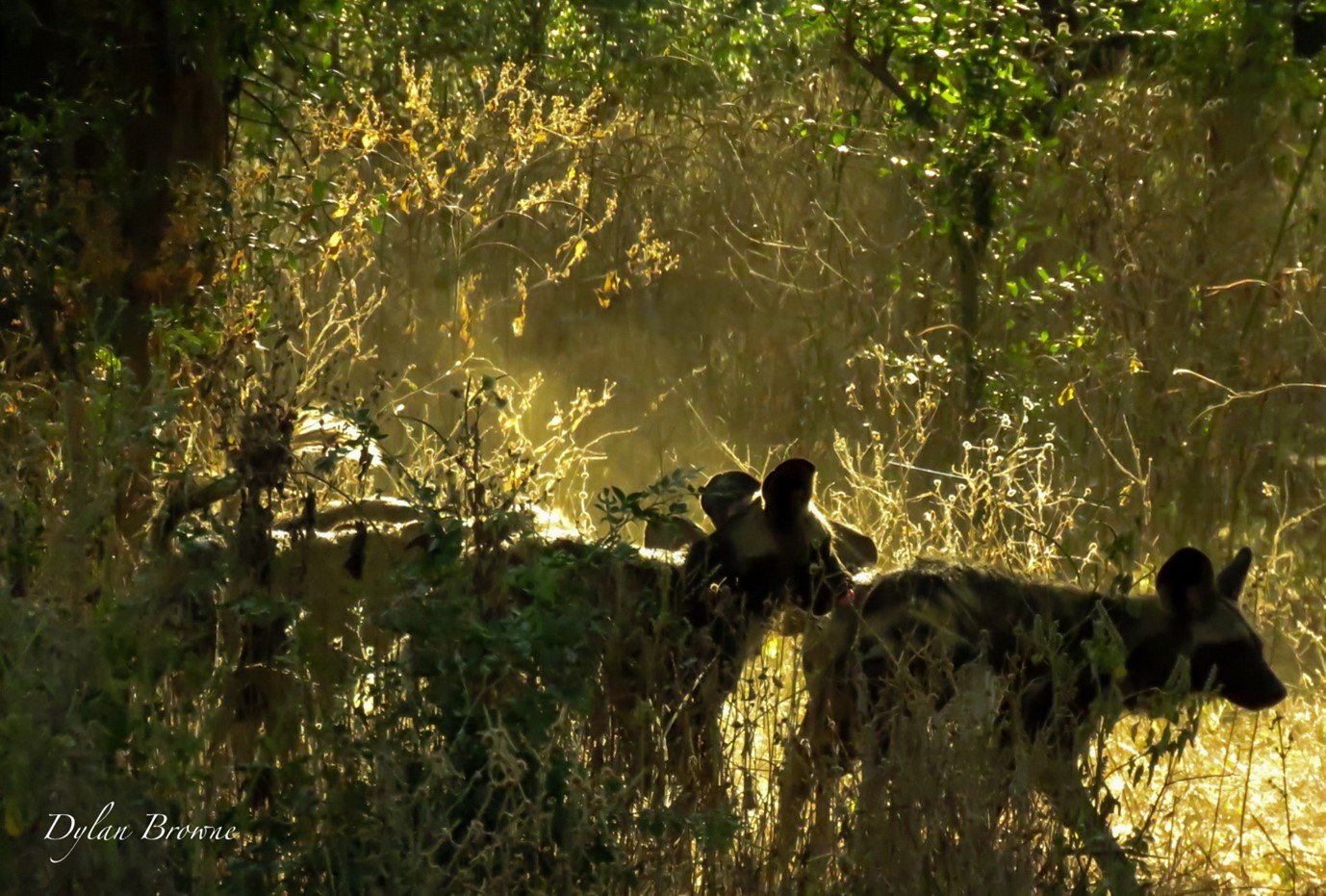 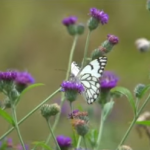 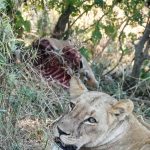